It’s been quite an exciting 18 month period for Yonkers Krylati soccer alumni, Andrew Hlushko. First, he was proudly inducted into the Manhattan College Sports Hall Of Fame in November, 2019. Second, and more recently, he has been named as a 2020 inductee into the Ukrainian Sports Hall of Fame. Both honors are well deserved and a long time coming for this athletic, competitive and well respected goalkeeper.

One of the most decorated goalkeepers in the history of Manhattan College men’s soccer program, Andrew Hlushko, class of 1983, was inducted into their Athletic Hall Of Fame as part of the class of 2019. The colleges 41st Annual induction ceremony was held on campus in the Great Room of the Raymond W. Kelly Student Commons building and was attended by over 200 people including family, friends, coach’s and previously inducted Hall of Fame members. Hlushko was one of 7 honorees inducted into the Class of 2019 and is now part of an elite group of former Jasper sport legends. Hlushko, after overcoming some injuries in his freshman year, broke out in a big way as a sophomore in 1980, garnering All Tri-State Conference honors while also being cited as the Most Valuable Goalkeeper in the league. Hlushko would build off his initial success and finish his career with 341 saves and a then  school record 12 shutouts, including six in one season.  His record 12 shutouts would stand the test of time and was the program standard for over 35 years, before being broken in 2018.  Additionally, his single season total of six, including five straight, is tied for third in all-time statistics.

He would go on to earn All-Conference honors again as a junior in 1981 and as senior in 1982 while serving as a co-captain for the Jaspers. While Hlushko’s outdoor statistics were very impressive, he was equally dominant in the indoor game, leading Manhattan to the semifinals of the Marist indoor tournament in 1980.  Later that season, Hlushko again guided the Jaspers to the semifinals of the Pratt Invitational and the Finals of the Kronenburg Invitational.  His play at the Kronenburg Invitational earned him a spot on the All Tournament team.  His standout play was all the more impressive, as the style of play was much more difficult due to closer-range shots and different offensive attack angles.

Hlushko started his soccer career as a field player with the Yonkers Krylati youth program at the age of eight. It wasn’t until the age of ten that he wanted to see what the goalie position was all about and put himself between the posts. Once he got a taste of the position, he was hooked for life and never looked back. Andy attributes much of his early success to quality training he received at an early age. First, from Yonkers Krylati coach and club legend, Wasyl Bossy, or Пан Bossy, as the team would call him. A second mentor was Krylati teammate, Mike Korin, who was a quality goalie that played with the Krylati Juvenile team during that same time period. He also recalls some specialized training he received at the SITCH Glen Spey & CYM Ellenville sport camps. In a recent interview with Hlushko, he recalled how while all the other campers were swimming during break time, he would ask CYM soccer instructor Roman Hanych if he could do some extra goalie training with him. Andy realized that if he was to improve at the position, he would need to put in the extra work.

Coach’s and teammates of Andy mention what a great understanding of the tactical aspects of the game he had. How he was able to “read” the game very well and could anticipate the action in front of him in order to position himself to be at the right place at the right time. Along with this intellectual part of his game, Andy was also fearless in the goal, never afraid of contact or risking injury to himself by throwing himself at opponents feet to block shots and/or diving on hard grounds filled with rocks and sometimes jagged pieces of glass. A reminder that back in the those days, the fields that soccer were played on were a little rougher than the turf and manicured grass fields of today.

Andy led some of his Krylati teams to various championships and tournament finals. He was the starting goalie for the 1972-73 Boys Championship team, shutting out a tough College Point team 1-0 on the final game of the season to secure the win and the league title. The winter before, Andy was a key player in a 64 team Indoor tournament held at Oceanside, L.I. The underdog Krylati team took 2nd place, losing a heartbreaker in the FINALS to an older Mt. Loretto team. In High School, he led his Sacred Heart team to the New York State Catholic school district championship, shutting out the ST. Francis Prep team in the FINAL. After high school, Andy was recruited to attend Manhattan College located in the Bronx, NY. Andy saw this as a perfect fit as his chosen major was Electrical Engineering, a core program at the college.

Hlushko graduated from Manhattan with a degree in engineering and has maintained strong ties to the College.  He served on the board of Advisors for the Electrical Engineering department in the School of Engineering from 2002-2014.  His dedication to the school is exemplary as he has hired 11 graduates from Manhattan to his current firm, Collado Engineering.

After graduating, Hlushko continued to play for the Yonkers Krylati team, even helping the team’s 1981-82 Championship team solidify 1st place with some late season help. His passion and dedication to the sport was renewed when his two daughters, Kate and Anna took up the sport. Not one who can sit still and watch from the sidelines, to Andy’s credit, he became president of the North Salem soccer club, and did so for 8 years before stepping down and turning over the reigns to his successor.

For more information regarding the Ukrainian Sports Hall Of Fame and updates regarding when their banquet will be held for the Class of 2020, visit their website at ukrainiansportsmuseum.org 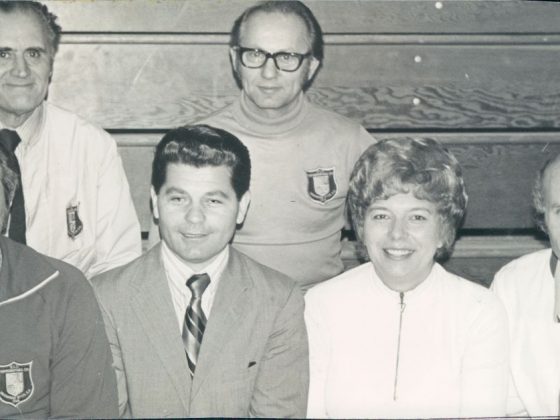 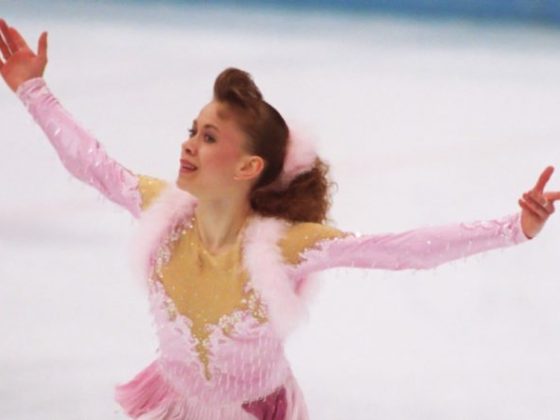